Neither Kennedy nor the members of the ExComm had access to the latest information supplied by Navy surveillance planes. It took hours for that information to get to the White House, forcing the president and his aides to make their decisions in virtual darkness. When McNamara first mentioned the dry cargo ship Kimovsk in the ExComm discussion on October 23, the Kimovsk was spotted 300 miles east of the future quarantine line drawn 500 nautical miles from the eastern tip of Cuba. — Serhii Plohki

As Seen By the USSR

“We, however, want to live and do not at all want to destroy your country. We want something quite different: To compete with your country on a peaceful basis. We quarrel with you, we have differences on ideological questions. But our view of the world consists in this, that ideological questions, as well as economic problems, should be solved not by military means, they must be solved on the basis of peaceful competition, i.e., as this is understood in capitalist society, on the basis of competition.” 4 – Nikita Khrushchev

“We are willing to remove from Cuba the means that you regard as offensive. We are willing to carry this out and to make this pledge in the United Nations. Your representatives will make a declaration to the effect that the United States, for its part, considering the uneasiness and anxiety of the Soviet State, will remove its analogous means from Turkey.”

Khrushchev further proposed signing the nuclear test ban treaty that he knew Kennedy wanted, and said the two deals could be negotiated and approved simultaneously.  Because Khrushchev feared an invasion of Cuba, rather than wait for translation and telegraph transmission of his proposal to Kennedy, the Presidium decided to broadcast the letter on Soviet radio. It was 5 PM Moscow time. 6

Events Were Spiraling Out of Control

Late in the evening, the USS Cony spotted a Soviet submarine it had been tracking as it surfaced in the Bermuda Triangle to recharge its batteries. While the Cony and other US ships watched the sub, a Navy pilot flew over and dropped several loud incendiary devices to activate his photoelectric camera lenses. The sub captain believed he was under attack, and gave the order to prepare the nuclear torpedo. As the signal officer descended from the bridge, he got stuck with his searchlight in the shaft of the conning tower, delaying the commander. At the same time, the Cony’s captain signaled an apology for the plane’s aggressive behavior. The apology was recognized in that moment of delay, and the order was given to stop preparations for firing. 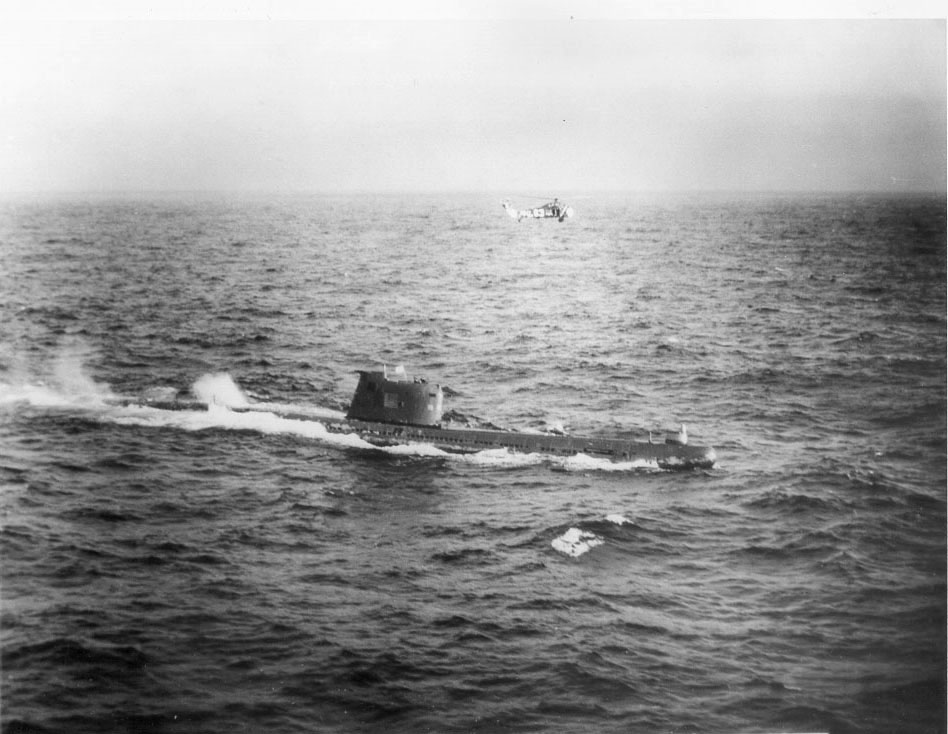 Conclusion of the Crisis 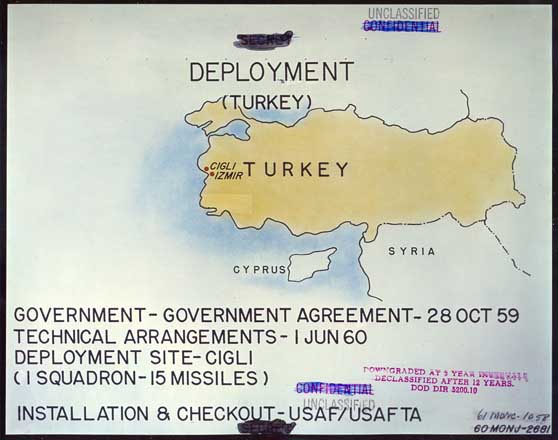 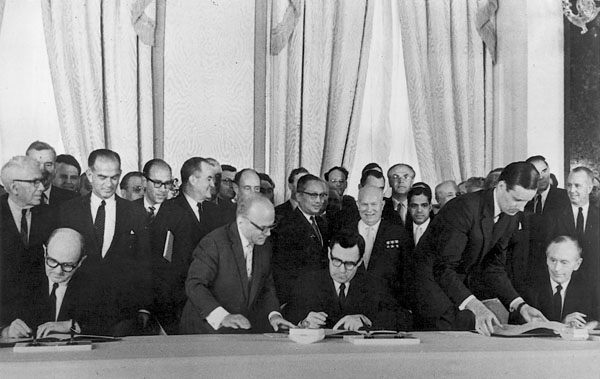 Khrushchev was removed from power October 14, 1964, losing both his role as First Secretary of the Communist Party and the position of Premier of the Soviet Union, at least in part because of internal and international perception that he failed in the Cuban Missile Crisis. 12

In his memoirs, he reflected on the Cuban Missile Crisis: the Soviet Union’s lesser military capability, the poor work of Biryuzov’s team in scouting for missile sites in Cuba,  Castro’s fiery nature, and the success of the Soviet’s strategy and objectives in the Cuban action. He believed the Soviet’s won the conflict. By secretly installing missiles in Cuba that threatened the United States and then agreeing to remove those missiles if the U.S. agreed not to invade Cuba, they had secured the sovereignty of a new Communist country in the Western Hemisphere, without the cost of war.

Of his dealings with President Kennedy he wrote: ”It seemed as though the two most powerful countries in the world were about to butt heads. It seemed as though a military denouement was unavoidable. We actually had our strategic missiles ready to be launched, while the United States had surrounded the island of Cuba with naval vessels and had concentrated its infantry and air force. But we showed that if we were guided by rational aims and the desire not to allow a war to happen, the disputed questions could be resolved by compromise. Reason prevailed. That’s why in my memory the very best recollections remain about the late U.S. president. He showed soberness of mind; he didn’t allow himself to be frightened, nor did he allow himself to become intoxicated with the military might of the United States; he didn’t decide to go for broke. It doesn’t take great intelligence, as I have said, to start a war. But he displayed civic courage, the courage of a statesman. He was not afraid of being condemned from the right. And peace won out.”13

These pages began as an effort to tell as succinctly as possible what happened during the Cuban Missile Crisis.  They rely heavily on the stories written by Serhii Plokhy in  Nuclear Folly. His access to records from Russia and the Ukraine detail the crisis from the Soviet point of view, juxtaposed to the actions the United States was taking, and the progress of the military build-up in Cuba.

Why did it happen?  The background of this story provides useful clues:

What were the lessons learned?

What were the lessons learned?
The burden of decision in war rests on the leaders. The horrifying prospect of nuclear war was overwhelming to the nations’ leaders, more so than to their militaries. The leaders sought advice – and consent – from their advisors, but in the end, the decisions and negotiations were made by Kennedy and Khrushchev.

It is important that the military be under civilian control. If Kennedy had taken the advice of the Joint Chiefs to respond militarily, it is highly likely that Soviet missiles would have been launched at the U.S, instigating a nuclear conflict.

Mistakes by those charged with carrying out orders can lead to escalation and conflict that were not intended by the leaders. When military conflict is threatened, mistakes by one side can be misinterpreted by the other, potentially provoking a military response. The members of the military must at times make quick decisions on their own without guidance from their leaders. As an example, General Grechko’s order to shoot down the U.S. U-2 could have triggered war.

Incomplete or old information is dangerous. It does not provide a good foundation on which to make decisions.

Provide the adversary space to maneuver. Understand he has a constituency pressuring him. Allow the adversary to “save face.” Try to understand his objectives. President Kennedy’s efforts to keep pressure on Khrushchev through the quarantine and aerial surveillance while still giving him room to honorably change course were effective. Kennedy’s constant question was ‘What was Khrushchev thinking?’ Khrushchev’s rambling personal letters to Kennedy provided some insight, revealing his deep concern over the military conflict both sides were preparing for, and the calamity that would come if the conflict escalated to nuclear war. He also sought to justify providing the weapons to Cuba in comparison to the U.S.’s installation of weapons in Europe and military bases elsewhere. He said that if the presence of weapons the U.S. considered offensive prevented an attack, then they were indeed, defensive.

“What Kennedy appeared to have believed is that Khrushchev might be a ruler somewhat like himself, beset by uncertainties in seeking evidence and weighing it, likely to misjudge it meaning in another country’s context, susceptible to human imperfections of emotion and fatigue, plagued also by the bureaucratic imperfections of communication and control. Khrushchev’s long message on Friday night, October 26, seems powerfully to have reinforced this presidential point of view.” 15

Thoroughly consider one’s options. Don’t rush decision-making if it can be avoided. The slow, deliberate decision-making of President Kennedy gave him time and the advice of experts to consider military options as well as diplomatic ones. His decision to enact a quarantine was the most cautious and was opposed unanimously by the military Chiefs of Staff. It should be noted that the U.S.’s delay in making that decision had the downside of allowing the Soviet’s time to complete the installation of several missile sites, thereby increasing the threat.

Seek the counsel of capable people outside your circle. On October 16th, the day the missiles in Cuba were revealed by photographic evidence, Kennedy discussed the situation with Adlai Stevenson. Stevenson had rejected Kennedy as his vice-presidential running mate in 1956; they were not friends and their personalities were distinctly different. But Kennedy had appointed him Ambassador to the United Nations. While Kennedy and most of his advisors had thought a military strike necessary, Stevenson emphatically recommended pursuing a peaceful solution and followed-up on the discussion the next day with a memo. Stevenson’s analysis appears to have guided Kennedy over the next several days as his inclination turned in that direction.

The court of world opinion counts. When Khrushchev publicly proposed they remove the missiles in Cuba if the U.S. removed its missiles from Turkey, the reaction of most other countries would be to consider it a fair deal, and wrong for the U.S. to reject the offer and undertake military action against Cuba.

Consider the morality of a potential military action. In contemplating the possibility of military action, Robert Kennedy repeatedly brought up the question of morality. Did the U.S. have a moral right, in this circumstance, to initiate a military action that would take the lives of thousands of people?

3 Note the contrast between Khrushchev’s apparent appreciation for Frost’s humanity, and President Kennedy’s anguish over Frost’s statement to the press (on his return from the Soviet Union) that Khrushchev thought the U.S. too liberal to fight. At this point, Kennedy needed Khrushchev to understand the strength of the U.S.’s resolve, both on Cuba and Berlin.
4 https://microsites.jfklibrary.org/cmc/oct26/doc4.html
5 Sometime after the Crisis had concluded, Khrushchev asked Castro why he wanted to start a war with the U.S., making a preemptive nuclear strike. Castro denied that, but his interpreter remembered and Castro’s telegram to Khrushchev was found. Khrushchev concluded that “Castro had lost his bearings [back then]. In those days, you know, Fidel was very fiery. We understood that he hadn’t even thought about the obvious consequences of his proposal, which placed the world on the brink of destruction.” See Sergei Khrushchev, Memoirs of Nikita Khrushchev Volume 3 Statesman 1953-1964. The Pennsylvania State University Press. University Park, PA. 2007. p 148.
6 https://microsites.jfklibrary.org/cmc/oct27/doc4.html
7 https://microsites.jfklibrary.org/cmc/oct28/doc1.html
8 https://www.jfklibrary.org/asset-viewer/archives/JFKWHA/1962/JFKWHA-143-004/JFKWHA-143-00
9 https://history.state.gov/milestones/1961-1968/cuban-missile-crisis
10 https://history.state.gov/milestones/1961-1968/cuban-missile-crisis
11 https://en.wikipedia.org/wiki/Cuban_Missile_Crisis. The first implementation was a teletype.
12 Khrushchev’s rivals in the Communist party deposed him largely due to his erratic and cantankerous behavior, regarded by the party as a tremendous embarrassment on the international stage. The failures in agriculture, the quarrel with China, and the humiliating resolution of the 1962 Cuban Missile Crisis added to the growing resentment of Khrushchev.” Source: https://dailyhistory.org/Why_was_Nikita_Khrushchev_deposed_as_the_leader_of_the_USSR
13 Sergei Khrushchev, Memoirs of Nikita Khrushchev Volume 3: Statesman 1953-1964. The Pennsylvania State University Press. University Park, PA. p 356.
14McNamara, etal reported in http://choo.fis.utoronto.ca/fis/courses/lis2149/cuban/McNamara.html
14 Khrushchev honored Kennedy’s request to keep secret his promise to remove U.S. missiles from Turkey, understanding the pressure on him to keep the missiles in place.
15Richard E. Neustadt and Graham T. Allison writing in the Afterword to Robert Kennedy’s Thirteen Days.