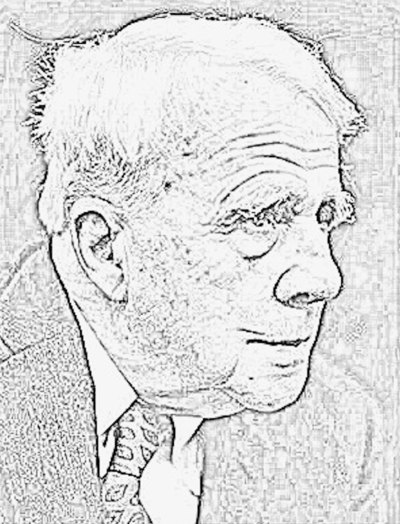 Inspired by President Kennedy’s speech honoring the poet Robert Frost, delivered at Amherst College October 26, 1963, the work will include lines from JFK’s Amherst speech interspersed with lines from poems by Robert Frost – a libretto authored by a then Amherst senior, who heard the President speak on that idyllic fall day. 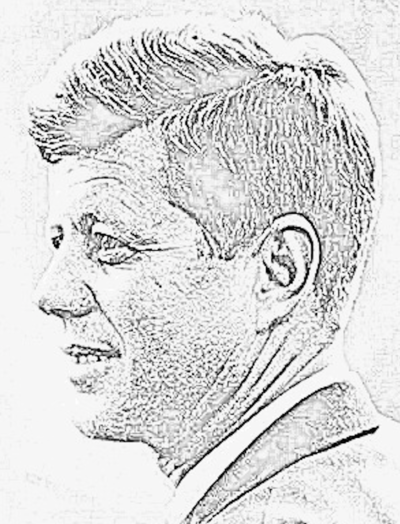 JFK invited Robert Frost to be the first poet ever to speak at a Presidential Inauguration and Frost was a frequent guest at the Kennedy White House.  A break in the relationship between Kennedy and Frost occurred when Frost misspoke upon returning from the USSR, where he met with Premier Khrushchev in September 1962.

Kennedy’s speech at Amherst represented a posthumous reconciliation, nine months after Frost died, and was called the “most majestic” of JFK’s career.  Twenty-seven days later, Kennedy was assassinated.

“My plan is to set supporting music to John F. Kennedy’s words to be presented by a reader (male or female) and to set selections from the poetry of Robert Frost to be sung by either a soprano (pref.) or tenor.

“My writing will reflect the autumn season, the solemnity of the moment, and the unique oratorical gifts of Kennedy the president, and the profound literary gifts of Frost the poet.”

The Poet:
And God has taken a flower of gold
And broken it, and used therefrom
The mystic link to bind and hold
Spirit to matter till death come. Dr. Hailstork has written numerous works for orchestra, opera, chorus, solo voice, piano, organ, various chamber ensembles, and band. Among his early compositions are: CELEBRATION,  OUT OF THE DEPTHS (1977), and AMERICAN GUERNICA (1983). CONSORT PIECE (1995), was awarded first prize by the University of Delaware Festival of Contemporary Music.1

The composer’s second symphony  and second opera, JOSHUA’S BOOTS were both premiered in 1999. Hailstork’s second and third symphonies were recorded by the Grand Rapids Symphony Orchestra (David Lockington).

Recent commissions include RISE FOR FREEDOM, an opera about the Underground Railroad, premiered in the fall of 2007 by the Cincinnati Opera Company, SET ME ON A ROCK (re: Hurricane Katrina), for chorus and orchestra, commissioned by the Houston Choral Society (2008), and the choral ballet, THE GIFT OF THE MAGI, for treble chorus and orchestra, (2009). In the fall of 2011, ZORA, WE’RE CALLING YOU, a work for speaker and orchestra was premiered by the Orlando Symphony. I SPEAK OF PEACE commissioned by the Bismarck Symphony (Beverly Everett, conductor) in honor of (and featuring the words of) President John F. Kennedy was premiered in November of 2013.

Hailstork’s newest works include THE WORLD CALLED (based on Rita Dove’s poem TESTIMONIAL), a work for soprano, chorus and orchestra commissioned by the Oratorio Society of Virginia (premiered in May 2018) and STILL HOLDING ON (February 2019) an orchestra work commissioned and premiered by the Los Angeles Philharmonic. He is currently working on his Fourth Symphony, and A KNEE ON A NECK (tribute to George Floyd) for chorus and orchestra.

Adolphus Hailstork received his doctorate in composition from Michigan State University.  He had previously studied at the Manhattan School of Music, at the American Institute at Fontainebleau and at Howard University. Hailstork is Professor of Music, Composer-in-Residence and Eminent Scholar at Old Dominion University in Norfolk. 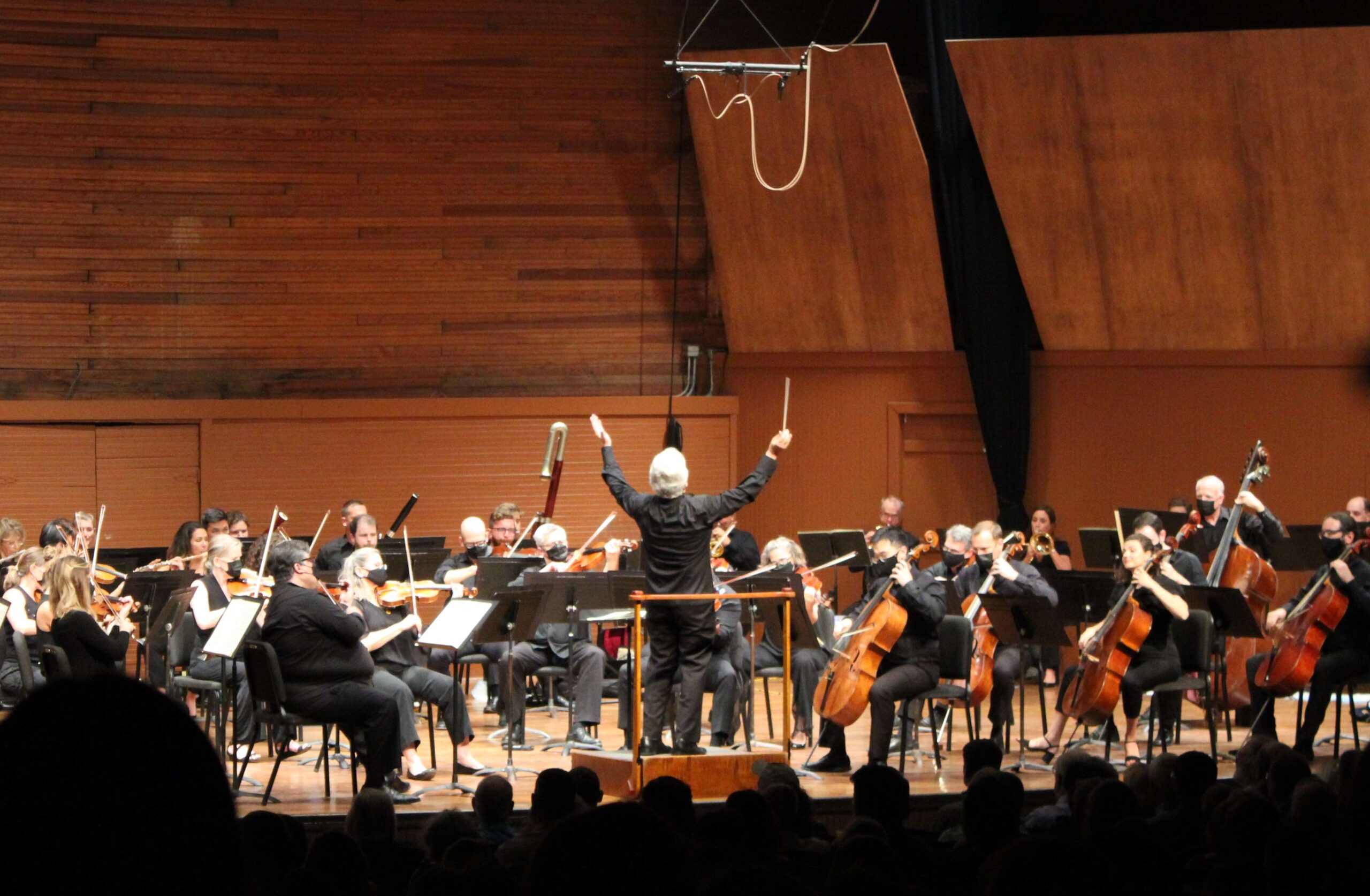 The Festival Orchestra is comprised of 42 principal players, exceptional national and international musicians. Under the baton of Music Director Peter Oundjian, this well-loved orchestra performs at the base of the iconic Flatirons every summer, creating a truly world-class experience. The musicians represent 44 orchestras from 23 states, 4 provinces, and 3 countries.2

The Festival’s Music Director Peter Oundjian has a multi-faceted portfolio as a conductor, violinist, professor, and artistic advisor. He has been celebrated for his musicality, eye toward collaboration, innovative programming, and engaging personality.

He is conductor emeritus of the Toronto Symphony Orchestra (TSO) where he served as music director for 14 years, and is the newly-named principal conductor of the Colorado Symphony.

Oundjian has been a visiting professor at Yale University’s School of Music since 1981, and in 2013 was awarded the school’s Sanford Medal for Distinguished Service to Music.

An outstanding violinist, Oundjian spent 14 years as the first violinist for the renowned Tokyo String Quartet before he turned his energy toward conducting.

The Symphony As Celebration

“JFK: The Last Speech” celebrates the civic values and  inspiring leadership of President John F. Kennedy, and the spirit of the great American poet, Robert Frost.

The Symphony is a project of members of the Amherst Class of 1964 through their non-profit Reunion ’64, Inc.  They had the privilege of witnessing President Kennedy deliver his last major speech, October 26, 1963. The Symphony joins two earlier projects, a book and documentary that are both titled, “JFK: The Last Speech.”  (See The Book and The Film pages of this website.)

1 Information in this paragraph and the remainder of this section is from the website: adolphushailstork.com.

2 Information in this paragraph and the remainder of this section is from the website: coloradomusicfestival.org

The Photo of Dr. Hailstork is from his website: adolphushailstork.com.

The photo of the Colorado Music Festival Orchestra is used courtesy of the photographer, Geremy Kornreich.  The orchestra is pictured in the Chautauqua Auditorium.